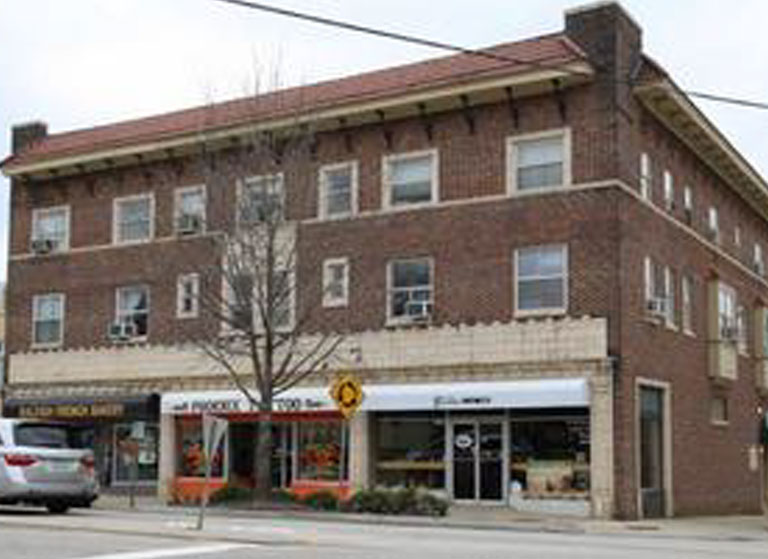 A Raleigh real estate agency plans to renovate a multiplex near historic Cameron Park after purchasing the building for $2.6 million. CityPlat bought the 3-story structure at 1213-1217 Hillsborough St. on July 9, according to Wake County deed records. The building dates to 1935 and has 15 apartments above groundlevel retail space and will be updated with modern amenities including central heating and air. The property at the corner with Ashe Avenue also includes a parking lot across the street.
Bagwell Holdings LLC, a CityPlat affiliate, acquired the site from 1215 Hillsborough Street LLC, a Raleigh-based company, according to records. CityPlat principal Nikita Zhitov said the firm will invest about $300,000 in the project, which will undergo construction in the next six months.

Steven Peden, principal with Avison Young in Raleigh, represented the buyer and seller in the transaction, Zhitov said.

Zhitov convinced the owner to sell after a 17-year letter writing campaign, he said. The real estate industry veteran said he was interested in the property because he has always been attracted to 1920s architecture. He has scooped up three of at least four apartment buildings in Raleigh that feature early 20th century designs that are rare in the region.

“Commercial real estate is a very slow business in general, but if you’re persistent, things will work out in the long run,” he said. “It’s not the biggest acquisition we’ve done, but it has a lot of meaning behind it. It took a long time to get; I pursued it for so long.”

In 2017, Zhitov bought the Edenton Apartments at 200 E. Edenton St., which were built in 1924. In 2009, he purchased The Wilmot Apartments at 3200 Hillsborough St., which were constructed in 1930. Zhitov has since restored and sold those properties, but he said he has not been able to get his hands on the Capital Apartments, which are owned by a church. The property was built in 1917 and is situated at New Bern Place near North Blount Street, about a block south of the governor’s mansion.

In recent years, CityPlat has developed several properties along Hillsborough Street from the 1200 block to the 3400 block. “Hillsborough Street is one of the main arterials coming into downtown,” Zhitov said. “We’re heavily invested and committed to making it more presentable and beautifying the landscape of the city. We want to renovate properties that have been overlooked for years or have become dilapidated.”

In separate a transaction, CityPlat Ramseur, another CityPlat affiliate, bought the property at 806 E. Ramseur St. in downtown Durham for $1.5 million on July 13, according to Durham County deed records.

The 0.8-acre site is near the Borden Brick development, a historic brick factory that CityPlat bought for $2.7 million in April and will turn into a retail and entertainment complex.

Zhitov said a similar venue could be added at the newly purchased space, but CityPlat has no immediate plans for development. The company decided to purchase the additional parcel because it has “already heavily invested in that part of the city,” he added.