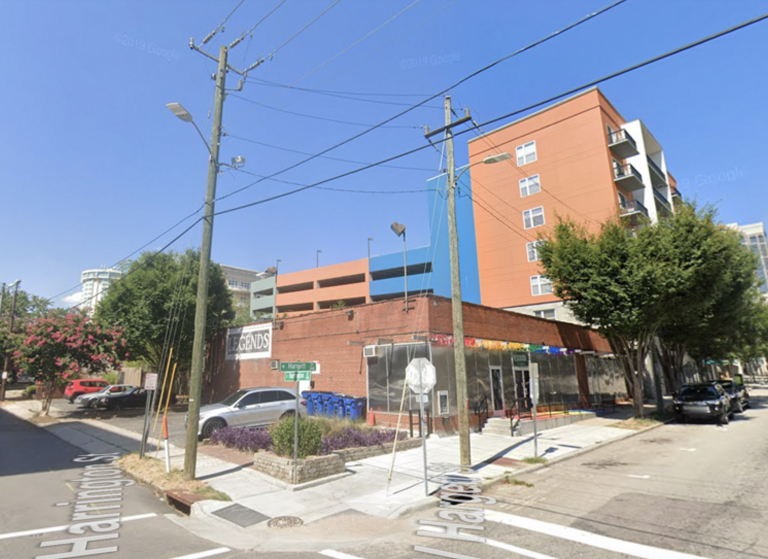 The new owners of the home of a longtime Raleigh nightclub are gearing up to file a rezoning request seeking up to 40 stories of development on the property in the heart of the Warehouse District.

Raleigh real estate firm CityPlat plans to host a neighborhood meeting next month to discuss its plans for rezoning the site of the Legends Nightclub downtown. The request would cover the parcels at 330 W. Hargett and 119 S. Harrington streets.

But the new owners are quick to maintain that new development won’t happen anytime soon.

“We really wanted to figure out what type of canvas we were able to work with,” said Vincenzo Verdino, CityPlat principal. “Our thought was, ‘Let’s go ahead and see what type of rezoning we could achieve on the site.’”

The neighborhood meeting is scheduled for Feb. 10.

CityPlat bought the property for $4.3 million in November with plans to one day redevelop the property. The company currently has no plans on the exact design, timeline or height of the future project this early on in the process but plans to eventually pursue this sort of zoning for the property.

Verdino said that despite the 40-story rezoning, any development would likely not reach that maximum height, and he expects that the rezoning request, once filed, could include conditions limiting the number of stories permitted. “We don’t think the highest best use would be a 40-story building for sure,” Verdino said. “This is more of an opening up our options moving forward.”

Raleigh city code currently limits high-rise zoning options to as high as 20 stories or as high as 40 stories, with no options in between, so developers looking to build anywhere above 20 stories must request the 40-story zoning.

Verdino said the plan to rezone will not change CityPlats agreement with Legends to keep the club in place for the time being.

CityPlat’s rezoning joins a flood of rezoning requests recently approved or underway in the Warehouse District.

Last year, Highwoods Properties kicked off a rezoning request that would clear the way for development up to 40 stories on a collection of parcels just across Hargett Street from The Dillon.

As for CityPlat, the company has been active in downtown Raleigh. Besides the Legends property, it’s also scooped up a parking lot along N. West Street near Glenwood South as well the site of an auto shop at Glenwood Avenue and W. Peace Street.